Traditionally, CHP plants and especially CHP units in (district) heating networks are operated purely on the basis of heat demand. This means that the heat demand is the determining parameter in operation. Typically, CHP units are operated in combination with peak load generators in a boiler sequence circuit. Here, the engines serve the base load of the heat demand and the gas boilers – as fast-modulating heat generators – serve the part of the load that cannot be served by CHP units or from the heat storage. In this mode of operation, heat storages are mainly used to enable a minimum running time of the engines even at low heat demand and at the same time to buffer load peaks. The control of the engines and the gas boilers is based on the temperatures in the heat storage and the flow temperature of the distribution network. Heat generation from the CHP units always has priority.

Our solution for predictive chp optimisation:

Learn about our product:
flex.ENERGY 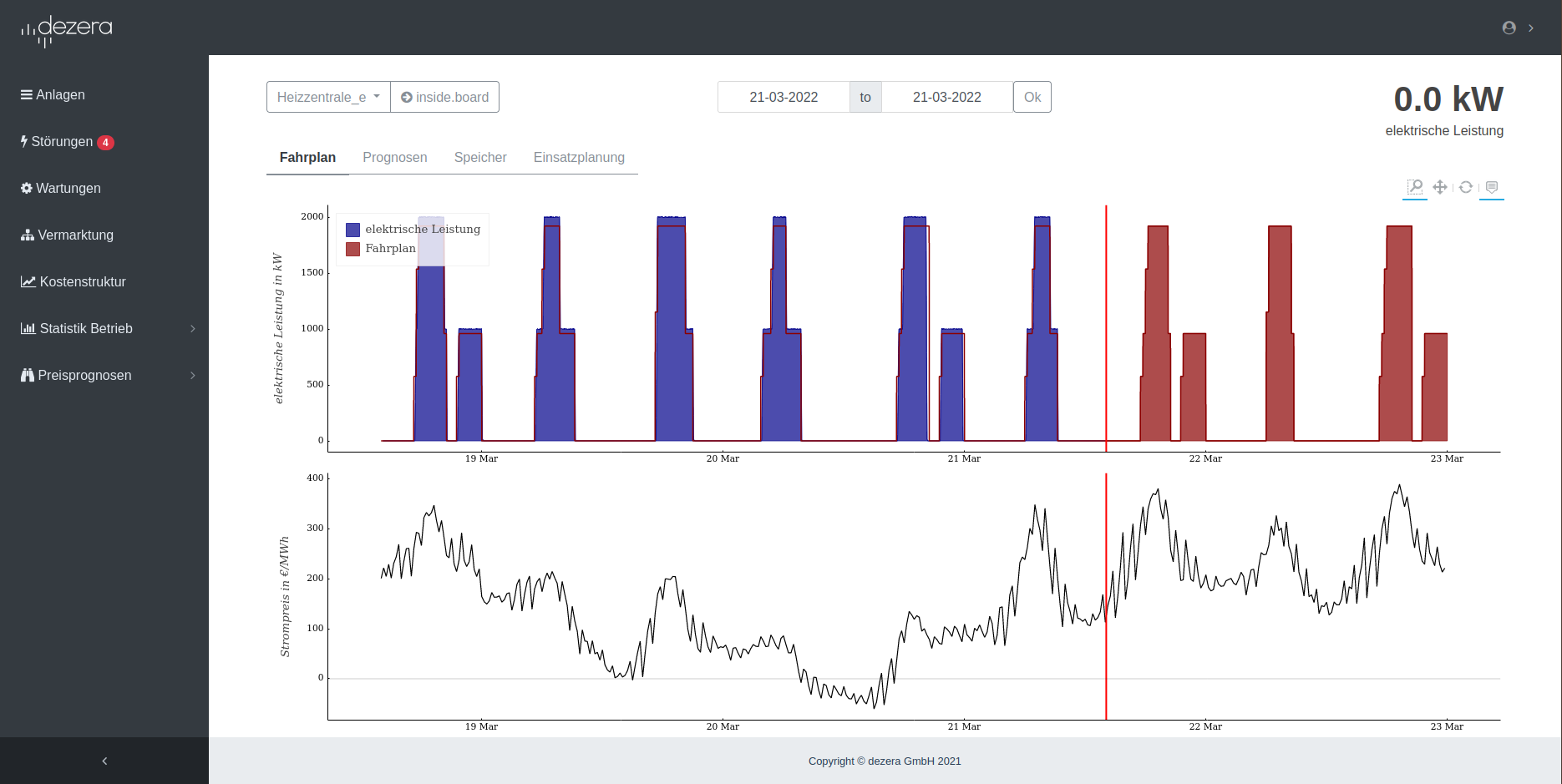 For holistically optimised, electricity-led CHP operation, both the heat side and the electricity side must be taken into account. In flexible market-optimised operation, the operating mode is changed from conventional control with boiler sequencing to forecast-based control. Here, the heat load is forecast and the operation of all heat generators is planned with foresight. This means that both the heat demand, volatile prices on the spot market and a local electricity demand to be covered can be taken into account in the operational planning. In this way, the heat supply obligation is ensured and at the same time optimised for maximum electricity yield. This effectively maps the economic sequence of use of all heat generators.

Our solution for predictive chp optimisation:

Learn about our product:
flex.ENERGY